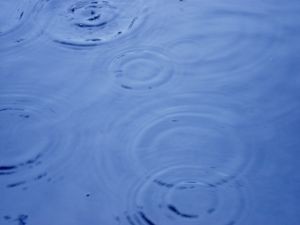 No Matter What the Rippling Impact, Communications Ethics Come First

Communications professionals know that ethics and integrity are critically important components to our work. But applying ethical guidelines can be very difficult. At times, as we grapple with specific circumstances, we must make difficult decisions about how to handle ethical challenges.

One thing is clear — our client’s  interests are paramount. And when presented with ethical challenges, we have no choice but to apply ethical guidelines in accordance with professional standards.

END_OF_DOCUMENT_TOKEN_TO_BE_REPLACED

This week there has been lots of press on the Apple Samsung case, particularly in the Bay Area. The discussion is not limited to SV insiders, because the case deals with issues many of us have confronted in our professional lives: how to deal with a company or person taking ideas without paying for them or attributing them to their rightful owner. As the jury deliberates, they will struggle with complex questions simply put: who took what from whom, or at all.

As lawyers, we are supposed to be really good at making sure we follow the law — we do not take another entity’s intellectual property or copyrights. Having worked for many years and still consulting for a major information technology and publishing entity that owns a great deal of intellectual property, I understand the lines we must draw to protect our businesses, technologies and protected ideas, including patents and marked services or products. Working for two decades in the entertainment world, I have also vigilantly protected the IP rights of major production companies that allow our products to be featured on their productions.

I have experienced this sense of loss when something we create is picked up without attribution or payment or permission. A number of years ago, work I was involved with was “infringed” by one very large lawyer-related organization. This entity used both a name and trade dress that was very similar to something my team and I had created. When I showed this to my ceo he said “take it as a compliment, its flattering.” I wanted to send a cease and desist. He said no. Later the issue came full circle when I tried to hire a freelance writer who also wrote for the “infringing” entity. The writer apologetically declined because as he said “the management [of the other organization] doesn’t want me to write for you because it might be confusing since our publication names are so similar.” Exactly. But so wrong.

END_OF_DOCUMENT_TOKEN_TO_BE_REPLACED

Recent interesting reading in the Harvard Business Review supports the sound advice — choose your words carefully — if you can. Say what?

In computer-assisted research over the past couple of decades, Professor James Pennebacker, author of the The Secret Life of Pronouns, What Our Words Say About Us, has determined that words like pronouns say big things about a person’s stability and honesty, among other things. In fact, his research reveals that these words actually say more than “content words.” That means words we usually throw around to connect what we are trying to express — such as pronouns and prepositions really say a great deal about us.

Professor Pennebacker explains his research quite powerfully. He says “function” words are more socially bound than other content words. And he says that we really cannot control the way we use these words, they just happen and are difficult to track without the use of computer analytics.

END_OF_DOCUMENT_TOKEN_TO_BE_REPLACED 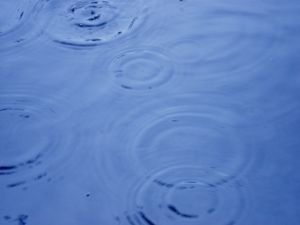 I am intrigued by Josh Erlich’s recent piece in the HBR Blog Network, For Great Leadership, Clear Your Head. It is well worth considering his rationale for what he calls “mindshifting” — in which he persuasively advocates that in order for senior executives to best do their jobs, thinking time is key.

WIthout having done a scientific study, I would bet that many good ideas are formulated when we put down the devices. Why? Because at times our minds need a break from the onslaught of incoming information to get to the big ideas.

“Mindshifting” is purposeful reflection that has a methodology and includes, among others, some common sense steps that most executives, managers and busy professionals in leadership positions likely do not think is value-time. And replicating that reflective time is essential for the first step for the successful mind shift … which is key, Erlich says, for strategy to percolate.

END_OF_DOCUMENT_TOKEN_TO_BE_REPLACED

Networks have a mind of their own. When they work as they should, they can enhance our business lives in very big ways. But they can also pull focus and time away from other important business development efforts.

Networks are not created overnight and then need attention. Left neglected, they can languish and fall away.

Recently, I came across a fine piece in the Harvard Business Review about people with really successful networks and why and how they work. In their piece Managing Yourself: A Smarter Way to Network, the authors describe the key attributes of really good networks and the people who use them wisely and well.

END_OF_DOCUMENT_TOKEN_TO_BE_REPLACED

Full disclosure: I am the sort of person who gets off the plane in DC and heads directly to the National Archives before doing anything else. I wholeheartedly admit that I am a fan of seeing these documents up close and personal and have been asked by security to “move along” as I stand mesmerized by their enormity.

Apparently, not many young Americans would likely beg their parents to head to the Archives. But they probably all should go there before stopping elsewhere in our beautiful capital city.

This year, the ABA is focusing its educational effort on civics education for young Americans. The ABA has noted that many of us are not as well-versed as we should be in the documents that are at the core of our Democracy.

END_OF_DOCUMENT_TOKEN_TO_BE_REPLACED

Last week, McElhaney on Litigation posted a piece in the ABA Journal about effective trial lawyers and their ability to tell a story. He makes the point that “lawyers who want to become effective communicators must understand that stories are at the heart of how people think, learn, exchange ideas and struggle to understand the world around them.”

Professional Stories Are Compelling, Facts are Just That

I totally agree with this premise and want to extrapolate out to the importance of storytelling in effective marketing communications for both lawyers and law firms.

END_OF_DOCUMENT_TOKEN_TO_BE_REPLACED

Avoid the overwhelming and daunting task of establishing a business or professional social media presence with this excellent post by a seasoned marketer. This is a reasoned list of considerations that will help anyone trying to work through a social media strategy.

This valuable advice applies to many other communications efforts and is particularly helpful for marketing and communications professionals trying to make social media work for our clients, firms and businesses.

Briefly summarized, these five important recommendations include that social media users should: set goals, have realistic expectations about results, take on one social media site at a time, be consistent about attending to profiles, and schedule social media activity as a regular part of the work day.

END_OF_DOCUMENT_TOKEN_TO_BE_REPLACED

When the DOJ recently subpoenaed Twitter for access to the accounts related to Mr. Assange, as well as other individuals involved with WikiLeaks, we were all reminded that there are evidentiary components to our social media posts.

It wasn’t that long ago that we were frantically disseminating usage policies to employees, law firm personnel and clients on the perils of the electronic age, including the new fangled electronic discovery. Once you have seen captured emails in major litigations and investigations, you ask yourself: Did these executives fail to realize that these emails exist in perpetuity?

We have migrated from what only recently was “web 2.0” to a sophisticated social media world that has quickly matured far beyond our expectations perhaps.

END_OF_DOCUMENT_TOKEN_TO_BE_REPLACED

The time has come to admit to ourselves the significance of social media and the fact that it is not going to get less important. There is a place for social media in the legal profession and lots of us know we just need to accept it and dig in.

Recently I asked a very bright young adult (24) with a social media job a at a tech giant, why she values sites like Twitter and Facebook. She said she “loves it” because it allows her to have, what I would call various “communities of interest” in all areas of her interests such as news, work and entertainment. But more than this, it allows her to see what matters to the people in her network — and to use that as a way to know more about things she might never otherwise see or learn.

I finally got it. Social media replicates and enhances interactions within communities that are multi-dimensional. Rather than getting a link to an interesting article and seeing that in one dimension, social media allows us to see who else cares about an issue and even better, enhances our community depth and breadth. For example, not only does one of my formidable FB “friends” have a journalistic background in tech and science, he presents his research “finds” to our FB community and we enhance that by our knowledge base. In other words: we learn about cool stuff we never knew about before.